It’s no secret there is a severe problem afflicting all of us involved with performance marketing. If you’ve run a display ad campaign, then you’re bound to have been affected by it and witnessed its impact first hand. It’s called banner blindness and not taking it seriously leads to wasting your time and money with ineffective ad campaigns. The good news is that it is possible to navigate through banner blindness.

In this article, we’ll go through

What exactly is banner blindness?

Banner blindness is a catchy name for the continuing decline in performance of display adverts. This includes banner ads hence the name. According to a recent report from Smart Insights, the average ad performance of banner ads is a pathetic 0.05%. That’s only 5 clicks for every 10,000 impressions.

But the poor performance of display ads is just the symptom. The cause of banner blindness is a person on a website not looking at or even notice a banner ad, let alone clicking on it. The end result is banner ads have terrible click-through rates which make them a much poorer choice for performance marketers.

Now, admittedly, if your campaigns are CPC, CPL, or CPA, you only pay when someone clicks on your advert. In these cases, at least you aren’t throwing money away for “views” which were never really viewed. Still, banner blindness means you won’t reach some potential leads as they won’t even see your ads which are right in front of them.

If you don’t tackle banner blindness then you won’t reach your target audience. You will have far worse ad performance and waste your time and money. You have to work a way through.

So what causes banner blindness and how can we overcome it?

Banner blindness is caused by a visitor to a website knowing where an advert is likely to be and having previous bad experiences with these adverts. As they know it is an advert, they ignore it or avoid looking at these areas. This is made worse by ad blocking software which will prevent these adverts from even being displayed.

It’s a bit like a person watching TV. When an ad break comes on, they walk out of the room and never even see the ad.

The two key factors that lead to ignoring a display ad

There are two elements which a reader notices to ignore ads. These are:

So if we’re going to overcome banner blindness, we need to make sure people see our ads. We need to work around these barriers. 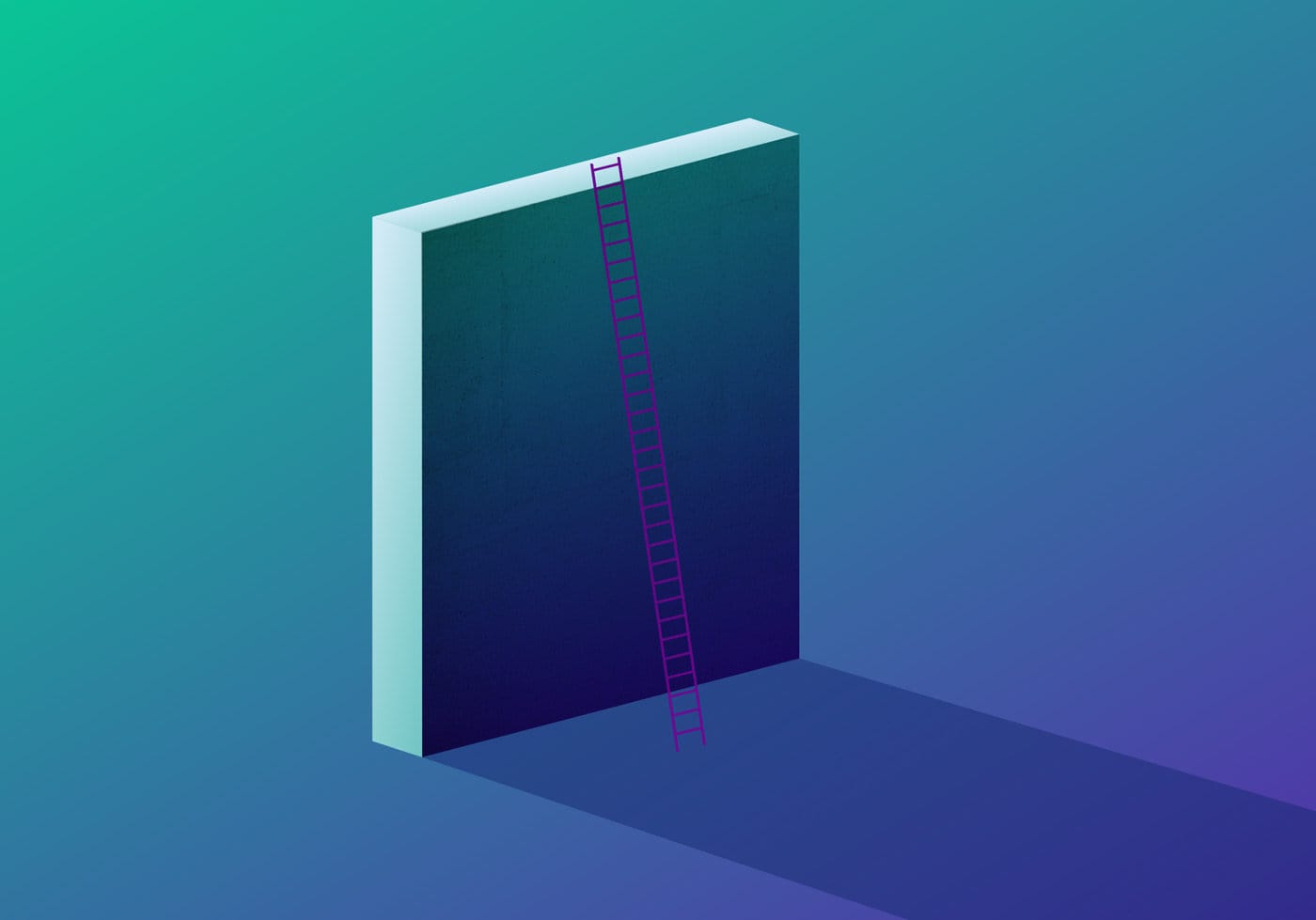 Some advertisers have attempted to solve banner blindness by making better display ads. These solutions have seen some success, but they fail to solve the underlying cause of the problem. This means they see tiny improvements. Let’s look at a couple of examples, you’ll see how they fail to address the two factors which cause banner blindness.

Using vibrant colors, bold text, animated gifs, and even video have all been tried to help solve banner blindness. These methods initially saw increases in performance of display ads, but it didn’t last. After all, they are even more obviously adverts, and that helps a user to ignore them.

Obviously, it’s much nicer to receive relevant adverts which align with your interest than irrelevant ones. Relevant ads would make a user more likely to check out the advert, but due to banner blindness, we’re not even going to look in the location of the display advert. So we won’t even see the relevant ad in the first place.

We need to tackle the cause of banner blindness

If users are ignoring obvious ads which are placed in common advert positions, we need:

Luckily, there is a type of advertising which has these two characteristics and is the cure to banner blindness. Why native advertising is the cure to banner blindness

Native advertising avoids both of the causes of banner blindness. This leads to much higher returns on your campaigns. How much greater? Try up to 49% higher click-through rates.

You could waste your time trying to optimize display ad campaigns to get a fractional improvement, or you could see far higher returns from a native advertising campaign.

What are native ads?

Native adverts are ads that are designed to fit in with the content they are displayed in. To do so, they copy the style and form of the content where they are shown.

As the native ads blend into the content, by being displayed in locations which don’t raise suspicion and not immediately declaring that they are adverts, a user’s banner blindness doesn’t kick in. This means that a visitor to a site is much more likely to see the advert, and then take action on it.

You’ve probably already come across some examples of native advertising. For example, promoted content in the Facebook news feed and those related posts underneath Huffington post articles. In both cases, the adverts do not seem out of place nor scream that they are adverts, yet they can still include compelling calls to action that convert.

Why native advertising is the future

You might worry that the subtlety of native adverts will lead to readers skimming past these ads, but the evidence is clear. Native ads are view 53% more than display ads and in one business insider report that mobile native ads saw a four times higher click through rate than display ads. That’s just a small sample of reports and studies which all point in the same direction.

Native advertising leads to far higher performance and returns on your marketing campaigns.

7 Marketing Reports You Should Use