Voluum as a Google Analytics Alternative: A Marketer’s Safer Choice

Since the conception of our product, the debate over Google Analytics alternative has persisted: are ad-tracking platforms like Voluum really worth it or is Google’s platform enough?

Both products have their supporters, and rightly so. For some use cases, Google Analytics may be a better option over Voluum. However, for many reasons listed below, Voluum may be a better fit and I would like to tell you why.

Before you point out that I am not an unbiased party let me tell you:

But a good reviewer should present their arguments and let their audience decide if they were right. I’m not going to hide inconvenient facts. Or tell you that Voluum beats Google Analytics in every competition – it doesn’t.

If your idea is to run an affiliate campaign, I will argue that Voluum is a very good Google Analytics alternative.

Ideas behind Google Analytics and Voluum

Google Analytics is a great platform for web page owners, those that run ecommerce stores or maintain a company’s website – basically for anyone that has a close relationship with a website.

For them, Google Analytics is able to report what is going on with their website. It can report the number of visits or various actions taken by the user, it will record various data points about their audience.

However, if for you a website is just a means to an end and you want to incorporate other parties into the mix, or if you care about data privacy, you should look for a Google Analytics alternative.

The idea behind Voluum was to allow marketers to work with various landing pages, so they can rotate and A/B test them or include third-party platforms such as affiliate networks. These networks use a postback URL to report conversions – something that Google Analytics cannot do.

Whatever and however you track your data, it will still end up on a US-based server. This implies that your data, even if stored with IP addresses anonymized, is still potentially accessible to the authorities and, by default, not GDPR compliant.

In short, Google Analytics is, shockingly, an analytics platform that doesn’t put much emphasis on data privacy, while Voluum allows you to both analyze and manage your traffic securely.

There are some areas where both platforms can be compared. Let’s go over both and see what each platform has to offer.

On the surface, Google Analytics and Voluum are very similar. They are both cloud-based data analysis platforms. Both can tell you how many visitors have reached your page and what kind of device they were using.

Google Analytics is not a platform that is strongly associated with data privacy. It is not GDPR-compliant out of the box, it has to be set in such a way, either manually, or with a consent management platform.

And even then, with all the right features enabled, it may still not offer the level of privacy required by the GDPR act.

The recent ruling of the Austrian Data Protection Authority indicated that, by the fact that Google stores data on European customers in the US, it is still not compliant with this legislative. This is because US authorities may ask for access to this data. And even with the IP anonymization feature turned on, such data can still be de-anonymized.

The implications of this decision are yet to be observed. Stating that this ruling made using Google Analytics illegal is too much. This is rather a beginning of a series of processes that will result either in changing the way Google Analytics operate or in slowly replacing GA for other, more privacy-focused alternatives.

When it comes to Voluum, you can read our extensive article on how Voluum protects your data, but the key aspect to remember is that Voluum operates from and stores data within European Union. This ensures the highest level of data protection on the market by default.

along with a third one:

to track and pass information between platforms.

Redirects are commonly used in the affiliate marketing world, because they are easier to set up, as opposed to implementing scripts everywhere.

Because of this versatility, Voluum can not only record visits, but also impressions (views of your ad on a publisher’s site) and conversions that occur on third party offer pages.

With Google Analytics the case is simple: if you can’t put a script on a page, you can’t track anything.

Redirects and postback URL (both unsupported by Google Analytics) work well with offers that come from affiliate networks. In most cases, you cannot edit the HTML code of such offer pages. But you can direct your visitors there and, with Voluum, receive postbacks with conversion information.

On top of that, Voluum’s API integration with popular paid traffic sources (including Google Ads) allows you to grab cost information. Combine this with getting payout information from affiliate networks and you end up with a complete set of financial information in one place.

While Google Analytics allows you to dig deep into the data (but not too deep – you can’t access raw data) and create sophisticated reports, its role stops there. If you decide to take action based on the analysis you perform, Google Analytics won’t be of much use.

Voluum – a Google Analytics alternative, has a whole managerial layer on top of an analytical one. This means that you can take action to shape and optimize the stream of traffic that comes through your campaigns.

What you can do in Voluum:

Voluum was designed to be a complete solution for affiliate marketers. A person that runs a company website can’t switch a landing page in a moment’s notice, can’t change the company or products that this company offers. For them, Google Analytics may be a sufficient fit.

Affiliate marketers, however, are flexible. They are not tied to one page or product. They switch often, change their strategies, and they need a tool that enables them to do just that.

Both platforms come feature-packed. Google Analytics, however, requires a serious in-depth knowledge about the product. There’s a reason why half of the courses on popular webinar platforms are dedicated towards learning Google Analytics.

Voluum provides them with:

Google Analytics has neither of these functions.

Both platforms are well prepared to handle working with multiple users. Both have manual conversion upload, a mobile app, and an option to track custom conversions

From Voluum, you also get a unique domain dedicated for tracking purposes only, automatic campaign optimization, and advanced tools like real-time routing API and an optimization calculator.

And the whole area of automation.

Voluum was designed to be a Google Analytics alternative for customers with specific needs in mind. One of those needs is to reduce the workload required to keep campaigns running by offering several automation options.

Voluum automation works by allowing marketers to create automatic rules that influence their campaigns in traffic sources when specific conditions are met.

Sounds unappealing? Wait till you hear sample use cases.

This could indicate that your offer died. Or a landing page has stopped working? Or your campaign was banned. Whatever the case may be, you need to act now! But you don’t have to sit in front of a computer all day to be able to act immediately.

Let’s address the elephant in the room: Google Analytics is free on some tier while Voluum is a paid solution.

Google already owns a network of servers where it can store data for its Analytics service. At the same time, we at Voluum have to pay for expensive and fast servers. We need those servers, not only to store your data (truth be told, we could scale down the number of servers we rent if we only needed to do that), but also to allow for lightning-fast redirects.

Additionally, as with many other supposedly free services on the market (looking at you, Facebook), you pay with something else – your data. Google’s revenue comes from running ads. It makes sense for them to give a decent analytical service for free if it can collect more data on advertisers and customer behavior.

With Voluum, the case is clear: You pay for our tech and support with money and that is it. We do not analyze data that goes through our software because we simply have no need for that. We are not an ad company; we provide an ad-tech solution and our business goal is to be the best in this field.

Also, keep in mind that Google Analytics has a paid version if you want some advanced options, so their business model can be more precisely described as ‘freemium’.

It’s up to you to decide which business model you stand with.

If Google Analytics were a car, it would be an SUV: a bit of a family car, a bit of a city car with some off-roading potential. While being versatile, such a car is not perfect in any of these fields: there are better family or city cars and better off-roaders.

In this scenario, Voluum would be a reliable all-terrain vehicle: rugged, with elevated air intakes and a winch. If your goal is to complete a journey from A to B no matter the obstacles, Voluum is a better Google Analytics alternative.

Get Voluum and start your journey now! Read More
Industry
The Digital Services Act is the lesser-known sister of the much more commented Digital Markets Act. In reality,… Read More
Industry
Sports betting is a vertical with growing potential year by year. But on the other hand, there are… 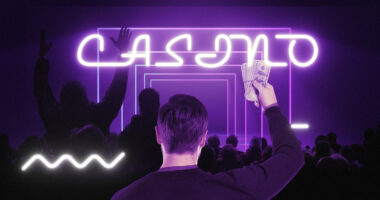