Google Analytics 4 and Voluum: Is there really a competition?

The most recent update to Google’s analytics platform comes with the usual marketing phrases you would expect from them:

This is nice and all but how does this update stack up against Voluum?

The last time we compared Voluum with the previous version of analytics (Universal Analytics), we made a point that both platforms have certain ideas behind them, and both are a good fit for different use cases.

With the introduction of Google Analytics 4 that will slowly replace its predecessor, it is worth asking if our previous stance still holds up.

Let’s look at what the change brings and does it make Google Analytics 4 a solid option for ecommerce, affiliate or performance marketers.

There was a famous division in Universal Analytics (the predecessor to Google Analytics 4), and that division existed between the web environment and app environment. They were basically two independent domains that didn’t exchange much information between them.

The problem was that Universal Analytics has been developed in times where mobile apps were still in their infancy. Later, a mobile component was added but it never integrated with Web analytics well.

They were using different philosophies.

Web analytics were session-based, where a session was a registered period of time where a user could generate events. Sessions do not exist in mobile apps, you only get events.

This caused problems with cross-device tracking and multi-channel marketing.

We all know, because we do this as well, that people often switch devices or revisit the same page multiple times before making a purchase. They compare an offer between different retailers.

Universal Analytics had a problem with that. This elusive behavior could be recorded but not connected to one single user.

The new philosophy of GA 4

The newest revision of Google Analytics puts events at the center. Sessions still exist as one of the measured parameters but GA acknowledges that people primarily generate events on web pages and in mobile apps.

This enables more consistent reporting that takes into account that the mobile domain is equally (if not more) important than the web domain.

To correctly attribute events to concrete users, Google Analytics has extended the number of signals it uses to identify a user.

👉🏽 User ID – an ID that you, a marketer, create and assign in GA4. This could be a user’s email address for example, if they use it to sign in.

👉🏽 Google signals – Data that Google collects from various Google properties, provided that a user is signed in.

👉🏽 Device ID – An identifier of a given device.

These signals are used in order from user ID to device ID. This allows the new Google Analytics to avoid qualifying visits from the same user but on different devices as separate visits.

Google Analytics 4 offers a new and revised experience to the one offered by its predecessor. It takes some time to get used to and understand that your data will be processed and presented slightly differently.

For seasoned Universal Analytics users, the switch should not be as painful as for users that want to dip into the newest analytics platform from Google for the first time.

For all the people that consider trying GA 4 and are scared of the level of complexity of the platform, I would recommend giving Voluum a try.

Voluum is an analytics platform that has always been focused on events. And, contrary to GA, it also allows you to reroute traffic, not only measure it.

With all the features that Google’s platform gives you, the one thing missing is the option to dynamically change where traffic should go.

And that’s a big thing.

You see, sometimes people may respond to different things. Instead of launching two campaigns, one after another, that promote two different products, you may as well launch one campaign and perform A/B testing of a product on the same audience.

Something that Voluum can do automatically.

You can set different ad, product or landing page variations to see what works best for your audience. You can even send different parts of your audience (based on a device type for example) to different products that you advertise.

See, the point of this article is:

If you want a solution that specializes in recording big amounts of data and can also manage your campaigns – you should try Voluum.

The price of a free solution

Let’s address the rich elephant in the room: Google Analytics is free while Voluum is a paid solution.

Yes, Google is making money in other ways and doesn’t have to charge users of its analytical solution for the usage up to a certain level.

Just ask yourself, HOW Google is making their money?

Although the new version claims to be more focused on privacy, it is the privacy of Internet users, not its marketers. Your data will still be analyzed by Google’s algorithms and used for its purposes.

If you have objections with that, Voluum is the way to go. We don’t train our algorithms since we are not selling ad space.

Treat money for Voluum subscription as the guarantee of your privacy and freedom. Plus, you get plenty of features that are not present in Google:

The ban on Google Analytics in some European countries

Some European countries (Austria, France and Italy) had concerns about the transparency of how Google manages recorded user data. The European Union is home to the strictest privacy regulations on the planet, known as GDPR. The idea of this regulation is to record only as little information as possible and not allow data to be accessed by third parties without clear user consent.

Google records data of European users and stores it on a server located in the US, where they theoretically can be accessed by a third party – including the US government. Encrypting this information doesn’t change much, since Google can decrypt it at any time.

These countries, one by one, have told webmasters to move away from Google’s solution.

Voluum is a solution run in compliance with GDPR legislation. Voluum users can turn on IP anonymization with a single click. We have a privacy policy, data protection officer. We don’t create profiles on single visitors but rather provide summarized data.

As I already wrote, we don’t sell ad space, hence have no reason to analyze the collected data for our own purposes.

If you choose Voluum, you will be safe knowing that Voluum is the safest choice among ad trackers.

Both solutions have much to offer. The important thing is to know each platforms’ strengths and limitations. We are not claiming that Voluum beats Google Analytics 4 in every field. We are however claiming that for more privacy-oriented marketers and those that would like to take action on their data, not only measure it, Voluum is a Google Analytics 4 alternative that is worth considering.

Check out Voluum for yourself or get it now! 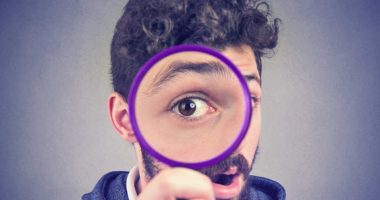