In the not-so-distant past, we thought that only high volumes of traffic could bring the desired performance. This led to a price drop for the least targeted audiences. However, the market is moving in the opposite direction now and video is an important factor for this.

If we were to say the first thing that comes to mind about video in marketing, we’d probably shout – TV! And that’s correct but in terms of performance, it’s a thing of the past. It can be — in most cases — considered only as a supporting strategy and isn’t directly related to conversions. And performance is all about conversions, right?

So here we are, on the Internet. The role of video is different here. Of course, it can appear in similar ways as on the TV but it has a lot more to offer.

How Did Video End up as a Performance Channel?

Back in the day, when TV commercials were introduced, it was really, really hard to measure their effectiveness. After all these years, TV advertising faces pretty much the same problem – there’s no clear way of measuring its performance.

Marketers are creative beasts, but they haven’t invented anything accurate on this performance rating. They have, however, adapted to the situation. TV commercials have become a channel for branding spots. A general message shot to the general public. It worked, and in a lot of cases still works, but it has no value for affiliate marketers.

Some of these tactics have been moved to the Internet. Video was used only as a branding medium first. It’s easier to see the exact number of views, the completion rate, CTR and similar metrics but this will tell you something about the engagement with the brand in general.

And affiliate marketing is much simpler than that. It’s the answer to this question – “If I spend a certain amount of money on marketing activities, how much money will this bring to our company?” In other words – “What’s the return on the ad spend?”. And it had better be positive.f

Guess what? You can get an exact ROI on a video advertisement. From this point, it falls into another channel for performance marketing.

How to Extract What’s Best in Video?

You can calculate the ROI of video advertising campaigns that you carry out. That’s great news but what actions can have a positive result? For example – targeting.

If you managed video ads just like your display ones, you’d find out that you can use them in a similar way – but you’ll notice a performance boost.

The video ad is just like static display ads but carries the message with voice, gestures, animations etc. That’s a lot more compelling to the audience, as it taps into more senses. It’s more natural.

But what does that ‘way of display’ mean? Let me ask you – how do you target your display ads? By GEOs, browsers, devices, or something else? Do you use retargeting? I assume so, but do you use only one creative for all that? No.

Then why do so many people still use video that isn’t tailored in any way to match the target, placement and the buyer’s stage? They leave the door open for smarter competitors.

Successful video campaigns are often targeted well. In a manner similar to display advertising, to really catch attention and convert, it’s good to have a few ‘creatives’ – different versions of the video to match the target audience.

For example, Tinashe, one of the current top pop stars, has recently released a vertical music clip. This form fits well with the younger audience and mobile users because you are adding value by catering to people’s needs and the way young people consume content on a mobile device.

On average, we spend about 3 hours per day on our mobile phones and check them 150 times a day, according to marketingindustrynews.com. Therefore, vertical video is now key, yet just a few brands are using it to their advantage. So, good job Tinashe, for putting people first!

If we’re talking about using video in a similar manner as the display, we can’t forget about the power of retargeting.

You are probably creating retargeting audiences based on users’ behavior on your website. If you segment them well and think about cross-channel campaigns, the ROI can outperform similar campaigns with static images.

With driving much more attention and being an ad format that is preferred by users, it can have a solid impact on re-engaged customers. Especially, if it’s done in a creative way and the message matches the target audience. A good example of such an approach is sequential marketing.

Haven’t heard of that? For example, it’s using retargeting audiences segmented by their actions. So, if the user watched a video, he’d get another one. If he saw the second one, he will get the third one – and so on. It’s an interesting way of engaging user with your brand and moving them through a funnel, but it deserves a separate article – stay tuned!

Increase Your Revenue Just by Using It

It’s possible to boost your performance, by introducing video content to your marketing strategy. Here are some stats gathered by Insivia:

This shows just how much potential lies in Video.

Sharethrough and Nielsen conducted a study to show the effectiveness of native video vs pre-roll ads.

They worked with 5 companies and tested their video ads in two formats – native and pre-roll. The outcome isn’t shocking – users prefer native over pre-roll. What’s more, those who were exposed to pre-rolls were more likely to have a negative opinion on the brand.

The main factor for this result is due to the fact that users weren’t disrupted in their experience. The power of native is that it leaves a choice, while formats like pre-rolls are an obstacle that blocks the way to the user’s intended content. The user can always scroll down over a native ad but if he chooses to watch it, he pays more attention. That’s why native advertising has higher engagement rates.

In the Sharethrough-Nielsen research, native video ads generated up to 82% increase in brand lift compared to 2.1% lift achieved with pre-roll.

AdParlor ran a split test on Facebook – by adding the same video ad in the form of native and a link leading outside the platform. Here’s what they found out about native:

Using video in your affiliate campaigns is likely to increase your performance. Actually, it sounds like it’s the cure for every affiliate marketer’s problem, especially in the native video advertising form – it can boost your performance while lowering the costs. It’s not that simple – but if you’re still not using it, it’s definitely worth taking a shot!

Do you want to know more?

Check out the hottest digital advertising trends in 2019!

Robert Gryn on the Future of Native Media Buying

Bot Traffic Is Bigger Than Human. Make Sure It Doesn't Affect You! 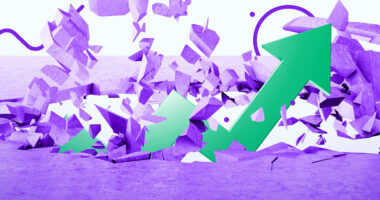 Read More
Industry
Performance marketing is a lot of like teenage sex: everyone says they are doing it. But unlike sex,…