It takes a lot to run a performance marketing business these days. Once you’ve finally got your campaigns set up you need to keep track of all your campaigns, identify the underperforming parts of your campaign, and then take action so that good traffic goes down the optimal path. This takes time and is difficult to scale cost-effectively.

Wouldn’t it be nice to have a large part of that work taken care of and managed more effectively than any human could?

That’s why Voluum first started to develop automation tools that are powered by artificial intelligence, so advertisers could not only save time but also react instantly to their tracking data. And now we’re taking it to the next level with Traffic Distribution AI for Paths.

Why We Created AI-Powered Optimization Tool

The importance of optimizing the various elements of your campaigns is the worst kept secret in performance marketing. It’s why we created Voluum in the first place, so users could analyze the whole flow and identify the optimization points in every campaign. We can’t understate the importance of tracking as Peter Drucker famously said:

Tracking, however, is only the first important step, you also need to take action on the data you collect. This takes time, to collect, analyze, and implement the results.

Ideally, you’d have someone constantly collecting and scouring over your reports so they could take action straight away, but no human can work around the clock. Luckily computers can.

That’s why we created a tool to help our customers achieve greater results than ever before and save time and money thanks to Artificial Intelligence optimization.

The Success of Our First AI Optimization Tool, the Automated Offers

In April, we launched our first generation of AI-Powered Automation tools with Automation offers. Limited to the confines of your account, the algorithm analyzes your data, identifies the best performing offers and adjusts the follow of traffic in real-time.

It was instantly popular and one customer — Mobile Performance Network — saw 30% increases over manual optimization. But offers are only part of the funnel and users understandably wanted more. We listened and responded with the next generation of Traffic Distribution, this time offering optimization of both landing pages and offers. Another important step forward, however, we weren’t finished there. There was one clear feature improvement pending which we had always planned to introduce.

We’ve taken our Traffic Distribution AI to the next level and added paths into the mix. Now, we’ve built on the technology which has worked so well for distributing traffic between landing pages and offers, so you can use our AI to distribute your traffic to your best performing offers, landing pages, paths, and any combination of those possible.

The algorithm works constantly and consistently even as you sleep to avoid wasting traffic on underperforming variants and achieve results that were previously not possible. As soon as traffic starts following, the AI starts analysis and taking action and it keeps doing so 24/7.

How to use Traffic Distribution AI for Paths

To activate Traffic distribution AI for Paths, you must either have created a campaign or create one now (you can find out how here). In addition, you must have between two and 25 paths belonging to either a rule or the default path.

If you meet all the conditions, you can toggle the button on, select the most convenient optimization metric for you — Auto, ROI, EPV, or CV — and you’re good to go.

Once all your settings are saved, our AI will get to work monitoring and distributing your traffic.

You can read more in our documentation.

Save Time and Money Today

With the newly upgraded Traffic Distribution AI, marketers can achieve results that are simply not possible for humans. Building on Traffic Distribution for landing pages and offers, our AI for paths uses the same proven principles to constantly and instantly monitor and weigh different paths so that your best-performing variations get the majority of your traffic.

Helping you optimize faster, test more variations and ultimately take your business further than you could otherwise. If you have an annual, advanced or higher plan then Traffic Distribution AI for Paths is already active. All you need to do is log in and turn it on.

How to Overcome Loss Aversion to Boost Your Performance Marketing

5 Strategies To Succeed In Affiliate Marketing Read More
IndustryTips & Tricks
If you have never felt a brief flutter in your chest when seeing a “You won an iPhone!”… 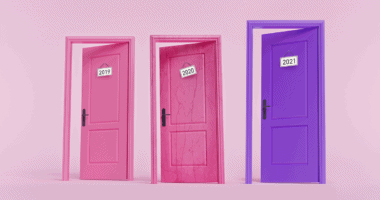